Integrated Automated Road Control System (IARCS) CASCADE – is an intelligent system that is able to detect a very wide range of violations:

Based on our solution and equipment, test zones have already been created and are functioning in Kyiv (Telihy Street) and in the city of Odessa.

At the level of the pilot project, a complete model of the traffic violation control system was built, which implements the entire cycle from detection of violations, its transfer to the central level, archiving, audit, communication with vehicle and owner databases, to the level of printing the completed administrative protocol on violation with photo confirmation for conversion and sending.

The architecture of the system after the local detection of violations and local data storage (local block of registration and data transmission) implements the principle of centralized data collection and processing. That is, data on all violations are collected on processing servers, stored in local and central archives and the data is audited. At this level, the connection to the customer's accounting systems takes place. All systems in terms of fixing their type of violation provide photo confirmation of the violation in the right angles using high-definition cameras, recognize the license plate. 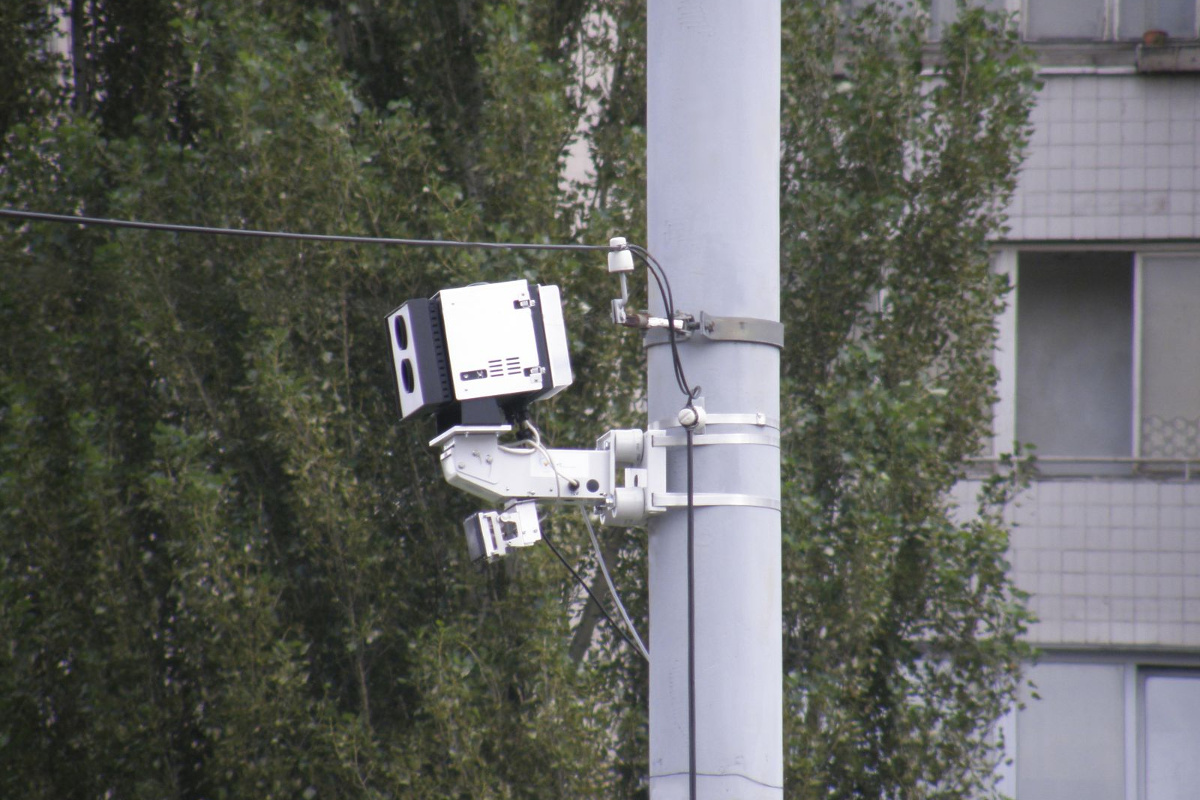 At the central level, the architecture of the system implements analytical processing of the entire archive of accumulated violations and all vehicles (vehicles) that passed through the control zones with a recognized license plate. This is an analysis of violations by type, by time, by individual vehicle or by group of vehicles (by license plate mask), by place of violation and control zone, analysis of the number of cars passing through the control zone, types of cars, etc. Fault-tolerant model of local violation detection sites with local storage allows to deploy the system in an unstable (or low-speed) environment of data transmission channels to the central level. The camera with the function of fixing the violation of its type forms a data packet with date, time, speed, recognized vehicle numbers, photos of the violation, the identifier of the control zone and its geopositioning, information about the direction of movement of the car, other service data. The packet is written to the local archive, the connection to the server is checked and the packet is sent to the server, being removed from the local archive. If no connection is established, all packets are stored in the local database until the connection to the server is re-established.

In terms of automatic recording of traffic violations at the level of the control centre, full monitoring of all active components of the system, their states for engineering departments and service organizations is implemented.

All cameras of the system record and recognize the license plates of vehicles that have passed through the control area, and due to the integration can serve as an additional source of data for the existing system of automatic search of vehicles VIDEO CONTROL – Rubizh (Border).

The ability to display visual information on road screens is provided. The principle of operation of the scoreboard is a continuous broadcast on the screen of the speed of cars in one lane. The numbers are highlighted in different colors depending on the speed at which the car is moving. So, if the speed is exceeded, the red backlight works, if the speed is normal – green one. Due to the screen, drivers of vehicles are immediately informed about the speed of their car and the current speed limit, which allows to influence their behavior and, consequently, reduce the average speed of traffic and increase road safety. 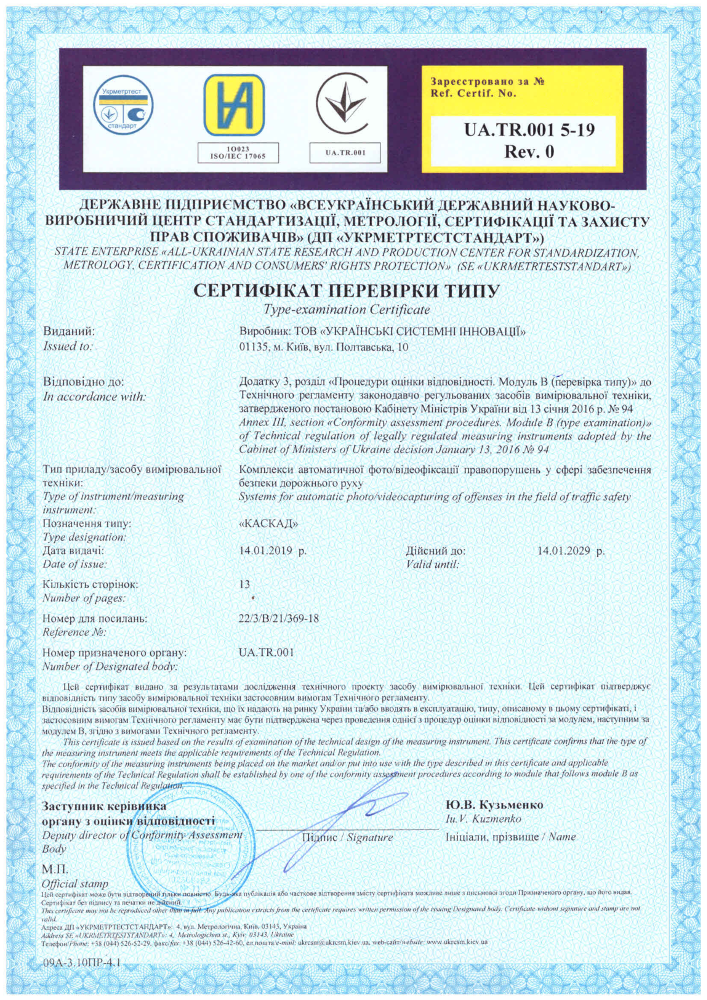 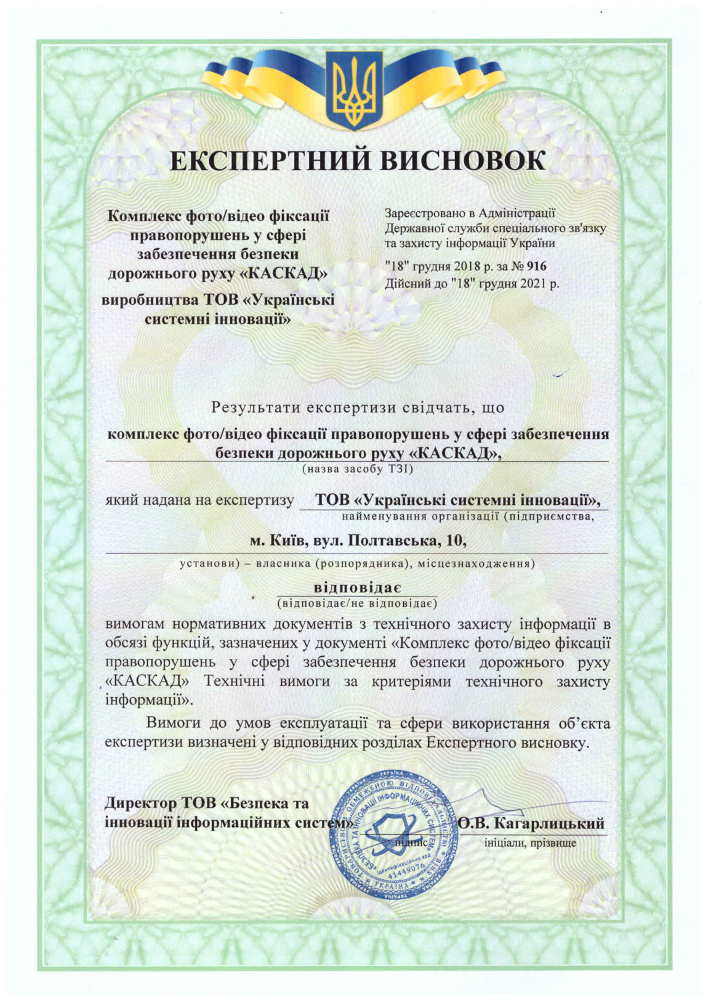